So I’ve been debating whether to talk about this or not – It’s personal, and it’s taken a few days of thinking since leaving hospital but since my blog is all about my personal journey with parenting as well as helping connect you to local products and places, it seems right.

Monday morning I woke up with a blood smear in the bed, and more when I went to the toilet – We called Birthing Suite at Geelong Hospital and were asked to come in. Honestly, I just thought they would do the normal ECG test on the baby, have a look at my cervix and I’d be on my way. I felt fine, but definitely a little worried of course – I was only 32 and 4 days pregnant.

After a few hours of the test and just general waiting around in a hospital room I was told I would be admitted for at least 24 hours – this is apparently standard procedure when you come in with bleeding, as is a course of steroid injections in the bum to help the babies lungs in case of an early labour. And FAR out that injection isn’t lovely! You end up getting one when admitted, and one 24 hours later. 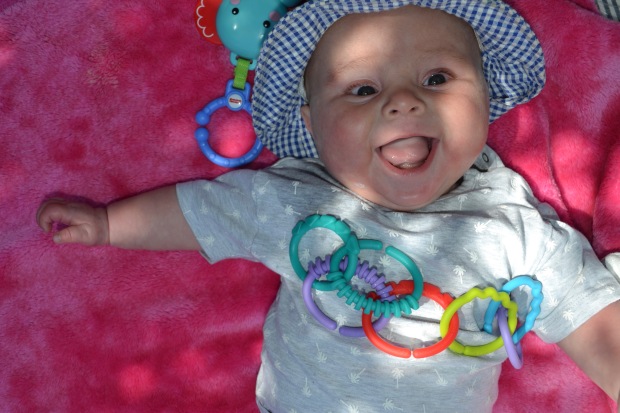 A long night ensued, tired, with a book and some tim tams and some room mates who clearly wanted to torment me by sniffing all night instead of using a tissue – how is that not EVERYONES pet hate? Come one people. Check ups at around 8pm, woken at 4.47am for more and then finally around breakfast time with me thinking I’ll be able to go home around 9am (24 hours since no bleeding) I was told I had to wait until at least 2pm for the second steroid injection, and I’d been booked in for an ultrasound I had to have before leaving.

Cut to 2pm and the doctor comes in, draws the curtains and said they have the results of the ultrasound which are mainly fine – but there’s a but. The baby has been found to have some fluid around it’s heart, and they’ve called it ‘Pericardial Effusion – Non specified’. Which basically means that nothing is necessarily wrong at this point, and that I’m to come back in for another ultrasound in the next 2 weeks before my next doctors appointment (I’ve been moved from the normal midwife rounds to doctors appointments already now because my platelet levels in my blood are very low and they’re monitoring that).

The outcome of this, to my knowledge so far, is that the baby could be completely fine and health and this may not have even been picked up if I hadn’t come in with bleeding (which they also found no cause for) – or it could be a congenital heart defect. Which, again could be something ‘small’ like a hole in the heart which is very common in babies and children and can close up with no help or surgery.

So – I’ve made a pact with myself to not google ‘Pericardial Effusion’, and if you have Dr Googled it after reading this (or before for your own research) please don’t give me any horror stories. I share this only to continue sharing my journey with you all, and because I’ve come to peace with it until our next check up!